Alexandre Exquemelin was a Flemish sailor and surgeon whose accounts of his travels to the West Indies. His accounts of British and Jamaican privateers formed the basis for generations of writing about the Golden Age of Atlantic piracy. First published in Dutch in 1678, the account was translated into Spanish in the year following, and the English translation was based upon this version. 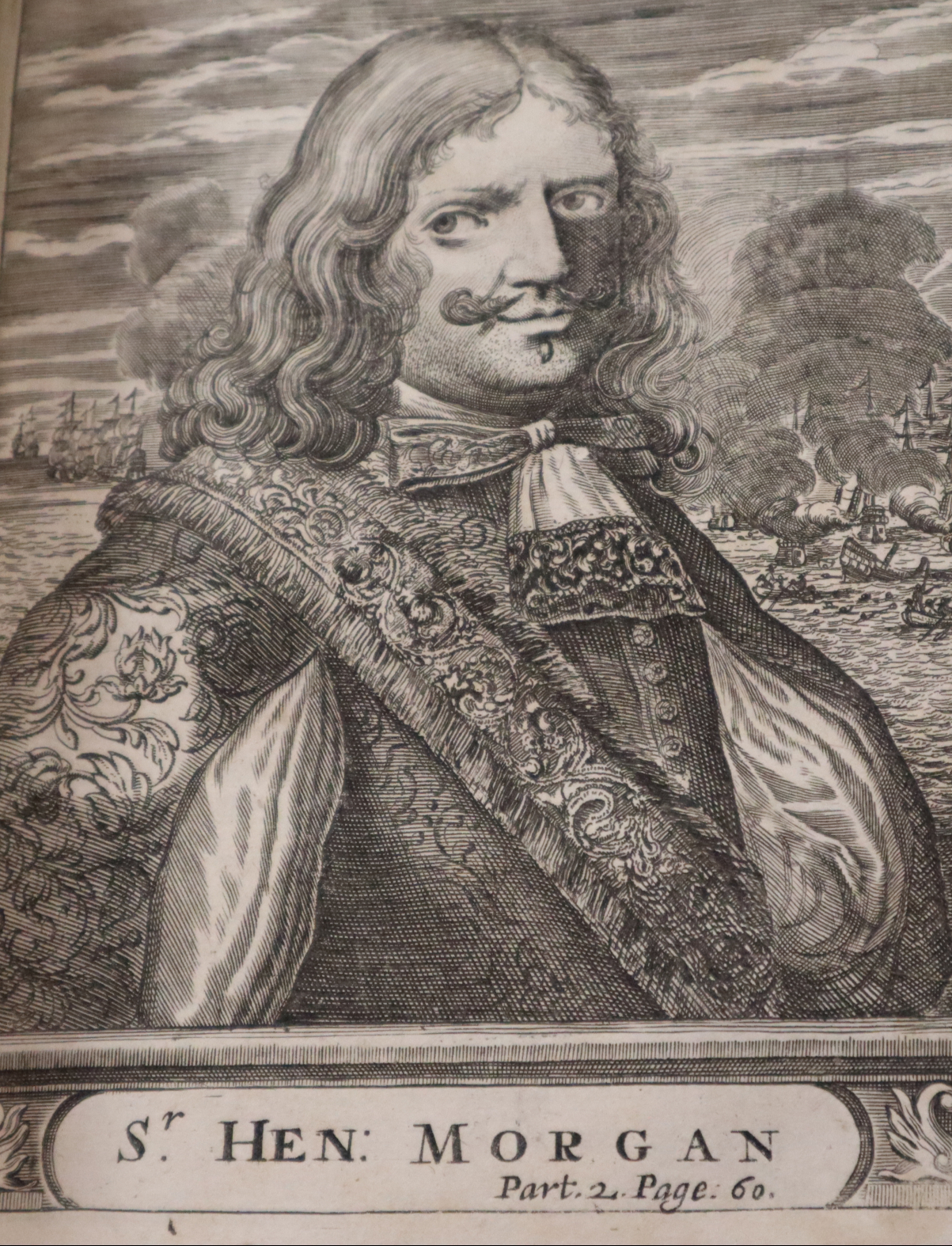 Most of the work focuses on the activities of Henry Morgan, a Welsh landowner and privateer who raided Spanish possessions in Panama between 1667-72. Exquemelin signed on to Morgan’s crew as a ship’s surgeon. His accounts of Morgans campaigns were not intended to be universally favorable, and were modified by the Even so, by the time the Bucaniers of America was printed in its London edition, Morgan had settled into a respectable position as the lieutenant governor of Jamaica, and sued the publisher over his portrayal in the work.

In addition to the accounts of Caribbean piracy, the observations that Exquemelin made on the customs of the islands settlers and native inhabitants proved a lasting part of the work. This edition supplements that element by including a separate account of the voyage of Captain Bartholomew Sharp around South America to the Pacific side of Panama. This account includes diagrams of shorelines and towns, as well as a large folding map showing the path of the voyage.

See the video introduction for this book.

View the catalog entry for this book.